All Categories ​>​ ​Products, measures and features ​ > ​ ​Indicators ​>​ The number of jumps and jumps analysis

The number of jumps and jumps analysis 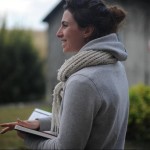 Updated 1 year ago by camille

How do Equisense sensors detect jumps?

Your horse's jumps are detected through a combination of the different accelerations and rotations that are observed during the jump.

Be careful, below 70-80cm, not all jumps are detected. Indeed, these can easily be confused with a canter stride. It depends a lot on the gesture of the horse. An obstacle can be at 50cm, but if the horse jumps 1m30, the jump will still be detected.

Why is the number of jumps interesting for me?

The Motion, Motion S and Motion S record the number of jumps your horse makes with or without obstacle.

This indicator is very interesting because most riders do not know the number of jumps they make during a training session. However, it is very important to follow this indicator as too many jumps can have a negative impact on your horse's health.

Did you know that the first limb that lands after a jump has to take a weight up to 4 times as high as the actual wight of the horse?

Now you see why it is very important to regularly check this indicator and to adapt the training to your horse.

How do you define an obstacle lineup?

In this feature, we considered a lineup as being a succession of at least 3 obstacles on one canter phase, each separated by at least one stride.

Slanted bounce jumps alone do not count as a lineup. However, if there is one bounce jump with at least two other obstacles, then each jump is counted separately.

General information about each training session

The first display you have indicates the number of lineups you did during the session, as well as the average cadence on all the lineups of the session.

To understand what lineup corresponds to what in your session, they are represented by purple oval shapes in the session's distribution map.

By clicking on the map, the list of all the lineups you have taken will appear in order. You will see the number of jumps on the lineup, as well as the average cadence for each of them.

The average cadence tells you the average rhythm of your canter on your course or exercise. You can then compare in the blink of an eye your canter for all of the trainings. This is particularly useful if you repeat the same one multiple times!

Detail of the lineup

Let's get really into it: the detail of the lineup.

The evolution of cadence

The colored arrow represents the evolution of the cadence during the last two strides in the approach. This arrow can have 5 different values:

It simply represents the duration of the jump, between the impulsion of the hind legs and the landing.

Average cadence between each jump

This represents the evolution of your canter's rhythm during the lineup.If your horse has a tendency to increase its speed during its lineups you'll be able to see it here. If you spend a bit of time getting into the right rhythm, you'll be able to use this to identify the cadence above which you are to jump in good conditions.

How to interpret this information?

This level of detail allows you to answer a lot of questions:

A few things to know

In order to get everything clearer, here are a few clarifications.

I sometimes don't have any calculated cadence, or no arrow, or 0 stride between two jumps.

The cadence between two obstacles and the evolution of the cadence can't be calculated when there is 0 or 1 stride in between two jumps. It is simply too short and the value could be wrong because of the influence of landing and takeoff of the next obstacle.In this case, Motion displays “–”.

0 strides between two jumps means it was a slanted side jump.

Motion does not calculate cadence and its evolution approaching the 1st obstacle. It is the first jump that starts the lineup.

Finally, the first jump can be approached at walk or trot, as long as the rest of the jumps is taken at canter.

The jumps are only detected above 70cm approximately. It can depend on the way your horse jumps. If you have a succession of small heights, some parts of the lineup (even the whole lineup) might not be detected.

If there are more than 50 strides or more between two jumps, the lineup is automatically canceled.

Finally, Motion tolerates a few strides at trot between two jumps (time for a leg change). However, above 2 consecutive seconds, the lineup is cancelled. A refusal with a stop will cancel the lineup as well.

How Did We Do?

(opens in a new tab)

Powered by HelpDocs (opens in a new tab)